Spirulina Has Many Proven Medicinal Benefits

When Hippocrates said, “Let food be thy medicine and medicine be thy food”, he must have been talking about Spirulina. There are over 1500 scientific, peer-reviewed articles that report on the health benefits of Spirulina. What is more, over 600 of these papers report on a serious illness that affects large numbers of people. 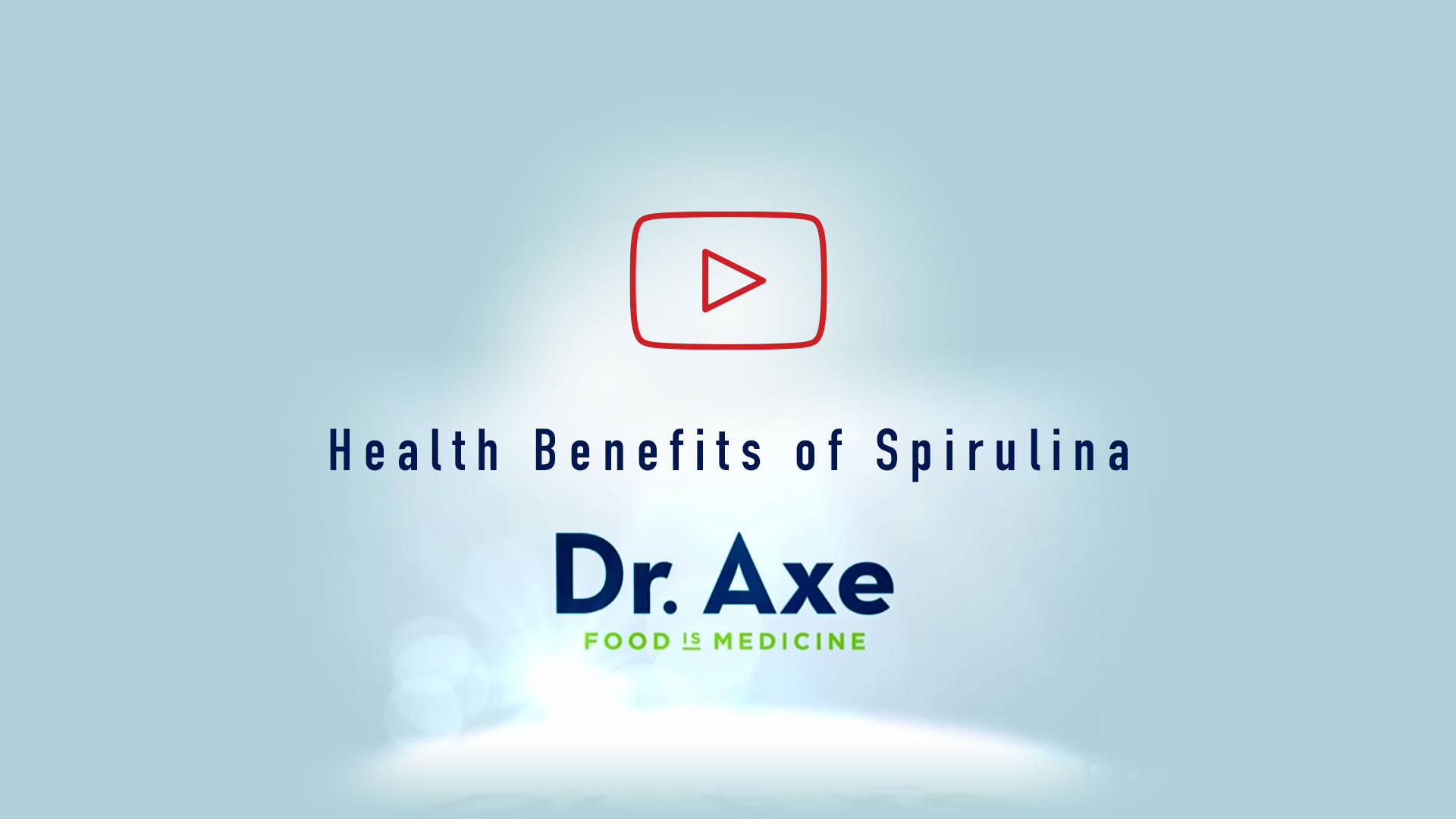 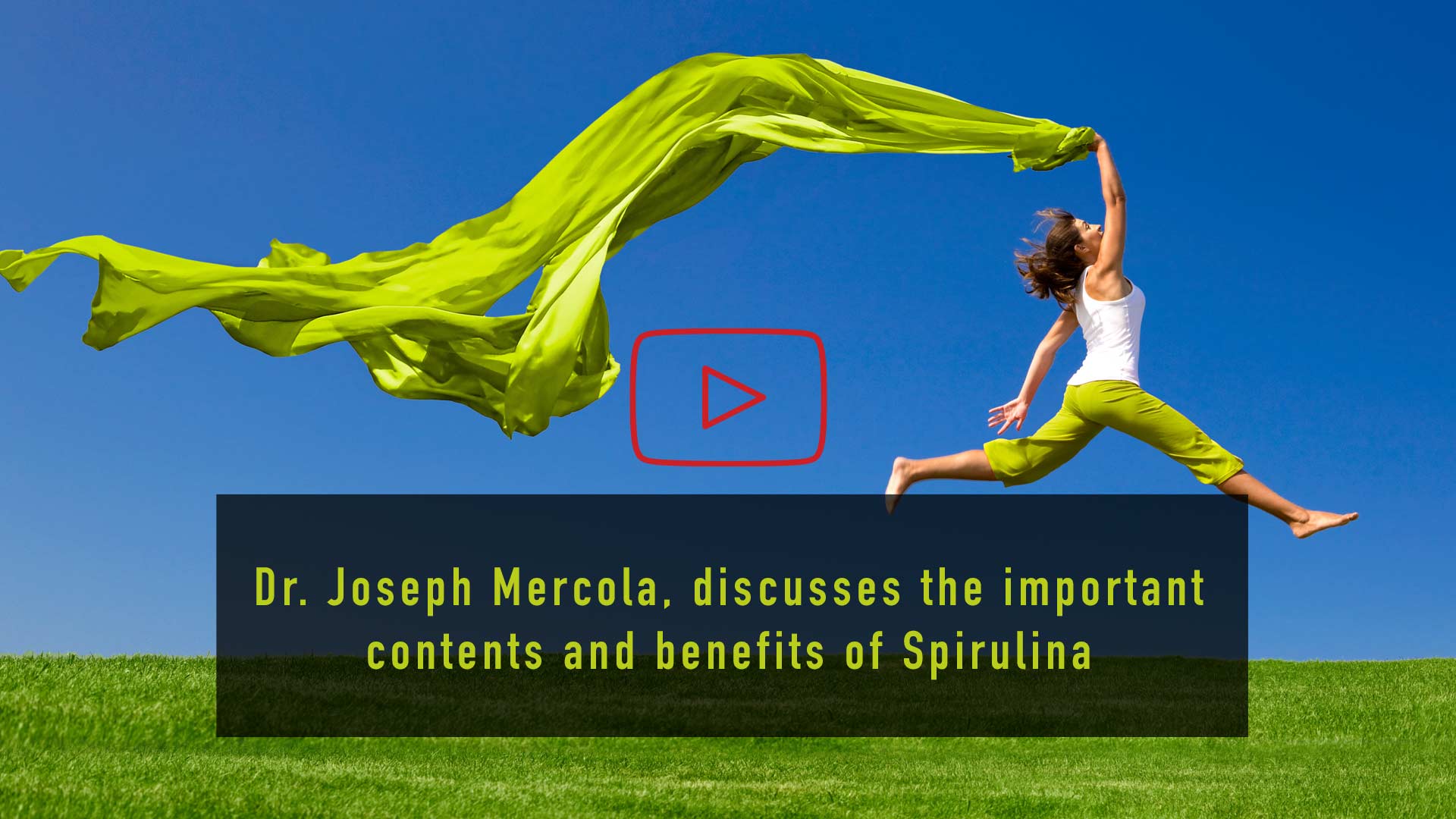 There is significant scientific evidence to assert that Spirulina can have anti-cancer action. There are over 80 peer-reviewed scientific articles that support this. For example, in a study on human pancreatic cancer cells, the researchers discovered that, compared to untreated cells, experimental therapeutics based on Spirulina extracts significantly decreased proliferation of human pancreatic cancer cell lines in a dose-dependent manner.

It seems the pigments associated with photosynthesis such as chlorophyll, phycocyanin and various tetrapyrrolic compounds, closely related to the bilirubin molecule, which is abundant in Spirulina, can inhibit cancer-colony formation, increase the production of antibodies and infection-fighting proteins, and other cells that improve immunity.

A lot of so-called superfoods are claimed to detox the body. Spirulina is the real deal. Numerous scientific studies demonstrate Spirulina has a potent ability to detoxify the body from poisoning due to a whole range of compounds including arsenic, cadmium, carbon tetrachloride, deltamethrin, fluoride, hexachlorocyclohexane, iron, lead, lindane, mercury and even radiation.

For example, in one study 24 patients affected by chronic arsenic poisoning were given Spirulina extract (250 milligrams) plus zinc (2 milligrams) twice daily, they compared the results with 17 patients who took a placebo and found that the Spirulina-zinc combination had a significant effect. The participants given the Spirulina exhibited a 47 percent decrease in arsenic levels.

In a study focused on victims of the Chernobyl disaster, radiation poisoning was reversed in children given just 5 grams of Spirulina daily. The results of this study are supported by numerous animal model and in vivo studies.

Spirulina Helps to Eliminate Candida in the Gut

People have problems with candida when it migrates from the oral cavity, where it is naturally found, to the gut and elsewhere in the body.

Candida overgrowth has become the hallmark sign for most autoimmune diseases today while invasive candidiasis is the leading cause of fungal-related death in the U.S.

We have seen a significant rise in yeast infections since the 1980s largely caused by our shift toward a diet rich in sugar and unnatural ingredients, antimicrobial resistance and ineffective antifungal drugs.

Spirulina has long been touted as a means of boosting the body’s immune system. This is well supported in the scientific literature.

For example, in a recent study at the University of California, Davis, study subjects with a mean age 63 years were given 500 mg Spirulina daily for 12 weeks. The team measured immune function indicated by complete blood cell counts and level of indoleamine 2,3-dioxygenase enzyme (IDO) activity. The results showed that a significant amount of the participants who received Spirulina had higher IDO activity after 6 and 12 weeks. In particular, this effect was striking in men, with over 75% of study subjects manifesting the benefit.

In another study, Spirulina boosted the immune system by the augmentation of interferon production and influence on the activity of the NK cells critical to immune function.

In another randomized study to establish the effects of spirulina in type 2 diabetes mellitus patients, it was demonstrated that spirulina supplementation had beneficial effects of on blood lipid profiles, inflammatory variables, and antioxidant capacity.

Spirulina can Help with Diabetes and Blood Sugar Regulation

In another randomized study to establish the effects of Spirulina in type 2 diabetes mellitus patients, it was demonstrated that Spirulina supplementation had beneficial effects of on blood lipid profiles, inflammatory variables, and antioxidant capacity.

Spirulina can Help with Diabetes and Blood Sugar Regulation

In another randomized study to establish the effects of Spirulina in type 2 diabetes mellitus patients, it was demonstrated that Spirulina supplementation had beneficial effects of on blood lipid profiles, inflammatory variables, and antioxidant capacity.

he most common form of anaemia is due to a deficiency of red cells or haemoglobin in the blood, causing weariness. This condition is fairly common for the elderly and in areas where malnourishment is common. Various studies have demonstrated that Spirulina is effective at alleviating this form of anaemia.

In one such study conducted on 40 elderly people previously or currently suffering from anaemia, it was proven that Spirulina supplementation improved and increased the haemoglobin content of red blood cells. The same study also demonstrated improved immune system functions.

In another study in rural populations of India where malnutrition and anaemia were common, it was found that Spirulina had a beneficial effect on the symptoms of anaemia.

Spirulina is packed with pigments, such as phycocyanin and chlorophyll that are powerful anti-oxidant, anti-inflammatory and neuroprotective agents.

Various in vitro and in vivo studies on the ability of these compounds to act as anti-inflammatories has shown that they block the production of inflammatory molecules.

Spirulina Provides Neuroprotection Against Some Brain Disorders and Boosts Memory

There is also evidence to suggest that taking Spirulina may boost memory and protect the brain from degenerative diseases like Alzheimer’s and Parkinson’s.

In a 2012 study, a spirulina-enhanced diet given to rats provided neuroprotection from Parkinson’s disease.

Meanwhile, in a 2015 study, the effects of Spirulina on memory dysfunction, oxidative stress damage and antioxidant enzyme activity were examined with mice. It was found that Spirulina may prevent the loss of memory by lessening Aβ protein accumulation, reducing oxidative damage and augmenting the catalase activity.

While both studies are pre-clinical, they hold promise for humans afflicted with Parkinson’s disease, other neurodegenerative diseases and those with memory problems.

Further, Spirulina was also shown to reduce inflammation in the brain and damage from heavy metals and other toxins.

Various peer-reviewed studies show that spirulina has a positive impact on muscle strength and endurance.

It seems that Spirulina stimulates the production of enzymes such as superoxide dismutase, glutathione peroxidase and lactate dehydrogenase which deal with the debilitating build-up of compounds resulting from oxidative stress during intense exercise. This, in turn, prevents skeletal muscle damage and increases in time to exhaustion during all-out exercise.

This website is offered for information purposes only and is protected under freedom of speech. It is not medical advice nor should it be construed as such. Nothing in this website and other related documents such as videos and ebooks is intended to diagnose or treat any disease. Always work with a qualified health professional before making any changes to your diet, prescription drug use, lifestyle or exercise activates. This information is provided as-is, and the reader assumes all risks from the use, non-use or misuse of this information. The information on this website is not necessarily supported by the medical-industrial complex. It is, however, the truth.

Get started growing Spirulina at home!

Any cookies that may not be particularly necessary for the website to function and is used specifically to collect user personal data via analytics, ads, other embedded contents are termed as non-necessary cookies. It is mandatory to procure user consent prior to running these cookies on your website.